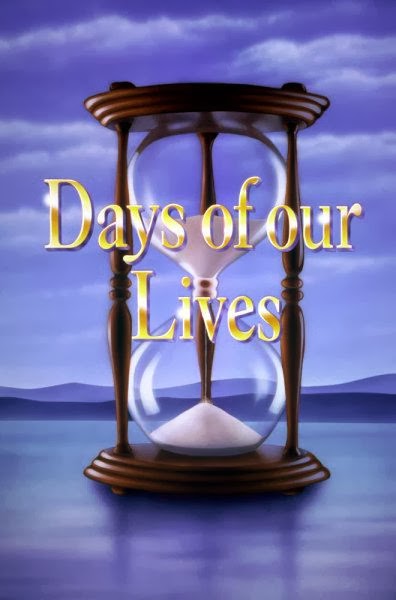 UNIVERSAL CITY, Calif. – Jan. 22, 2014 – NBC has extended its long-running daytime drama "Days Of Our Lives" for an additional two years, taking the show through September 2016. ‘Days’ will celebrate its 50th year on television in November 2015, continuing its tradition of passion, intrigue and adventure and cementing its place in television history.

“‘Days Of Our Lives’ continues to be a fan favorite for the daytime audience and we are thrilled to keep it going through its 50th season,” said Salke. “‘Days’ has shown year-to-year increases in key female demographics and remains both relevant and fresh creatively due to the hard work of the producers, writers, cast and crew who have worked tirelessly to make ‘Days’ the ratings success it is today.

“Having won the Emmy Award for Outstanding Daytime Drama, “Days Of Our Lives” continues to deliver on its legacy of quality storytelling,” said Steve Kent, Senior EVP, Programming, Sony Pictures Television. “We appreciate NBC’s continued support and are excited to celebrate the show’s 50thanniversary with our generations of dedicated fans.”

“We are thrilled to continue being a part of the NBC family and to have the support of our incredible network and studio executives who work tirelessly to allow us to continue telling our stories and share the ‘Days’ legacy with our devoted family of fans," said Ken Corday, executive producer "Days of our Lives."

“Days of our Lives” currently is delivering its best season in women 18-49 viewers in three years and biggest season in total viewers in four years. Executive producer Ken Corday follows in the tradition of his parents, Betty and Ted Corday, who co-created "Days of our Lives" and helmed the series for many years. “Days” (Monday-Friday, 1-2 p.m. ET) first premiered as a half-hour drama in 1965 and expanded to an hour 10 years later.

In its 48-plus years, “Days of our Lives” has garnered 232 Daytime Emmy nominations and 36 wins, including a recent Emmy win for Outstanding Daytime Drama. The show's success derives from its consistent commitment to excellence in writing and storytelling -- supported by a diverse ensemble of performers -- and an uncanny knack for anticipating viewer interests. "Days” is set in the fictitious Midwestern town of Salem. The core families are the Bradys, the Hortons and the DiMeras. The multi-layered storylines involve elements of romance, adventure, mystery, comedy and drama.

“Days of our Lives” is produced by Corday Productions Inc. in association with Sony Pictures Television. Corday is executive producer with co-executive producers Greg Meng and Lisa De Cazotte. Gary Tomlin and Christopher Whitesell are the head writers.
Posted by Divaofdool at 2:30 PM