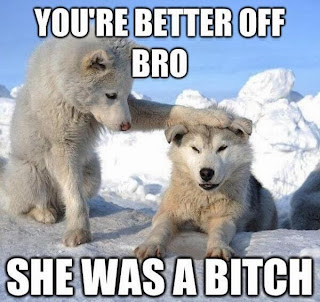 Diva of DOOL Carrie ‏@DivaofDOOL 18h
Johnny got stitches from Kayla. He runs into Rafe's lap. Hope tells Nicole about the video. Brady lost his cell again. Eric has it. #Days

Diva of DOOL Carrie ‏@DivaofDOOL 18h
Brady and Victor at the KMansion. Kristen tries to run from Eric. OMG Kristen is sticking to the lie that Eric seduced her. #Days

Diva of DOOL Carrie ‏@DivaofDOOL 18h
Jordan gets another mysterious call. Caroline asks if she's alright. Kayla gets a call. Johnny is beyond cute. #Days

Diva of DOOL Carrie ‏@DivaofDOOL 18h
Maggie tells Dan that "my Victor" did something at the wedding. Victor tells Brady he knew about the tape right before the wedding. #Days

Diva of DOOL Carrie ‏@DivaofDOOL 18h
Victor has no regrets because Brady wouldn't have believed him if they discussed it privately. #Days Nicole asks where Eric is.

Diva of DOOL Carrie ‏@DivaofDOOL 18h
Kristen, "are you sure you weren't licking your lips because you were sex-starved?" to Eric. #Days

Eric telling Kristen that he's not as dumb as Brady is debatable.  Eventually Kristen told Eric the truth that she raped him to get back at Marlena.  Eric cannot understand why Kristen would hurt him like that just to get back at Marlena.  Kristen went back to the DiMera Mansion right after Hope left looking for her there.  Nicole showed up at DiMansion at the same time as Kristen.  Kristen taunted Nicole saying Nicole's jealous that she slept with Eric.  What this Nicole/Kristen scene needed was a punch from Nicole to Kristen.   Kristen pushed Nicole into the door, and ran to her car.  Nicole followed her in her car.  At the end of the episode, Nicole hit Kristen's car with her car from behind.  Both cars spin out of control.

Victor told Brady that what he did was out of love for him.  Brady understood.  He was not mad at Victor.  Brady wanted to find Kristen.  He called the Salem Police Department because he wanted Hope to arrest Kristen.  After Hope left the DiMera Mansion, she went to the Kiriakis Mansion.  Brady told her to find Kristen, or he would kill Kristen.

Sami told Kayla she will tell Caroline about what happened to Eric.  Ejami and Johnny go to the Pub.  While Johnny was in the kitchen, Sami told Caroline what happened at the wedding.  Caroline got so distraught that she went to bed.  Sami told EJ that his sister destroyed her family.  Great acting by Peggy McCay and Alison Sweeney in these scenes.  James Scott did not say much, but he did not have to because the anguish was all over his face.

Earlier, Caroline gave Jordan some cake for Rafe.  Jordan gave the cake to Rafe after Ejami and Johnny left.  Rafe and Jordan share the cake.  It was a cute scene.  I am liking Jordan more now that she has loosened up a little.  With these scenes this past week, I am starting to think Jordan is either in the witness protection program or she is undercover for someone. Either idea would explain her lack of a background.

Maggie told Daniel the entire story regarding the rape tape.  Maggie was really upset with Victor manipulating Marlena to embarrass her own son.  Eric showed up at Daniel's after he was done talking to Kristen.   Eric barged in looking for Nicole.  Maggie told Eric that he told Daniel everything.