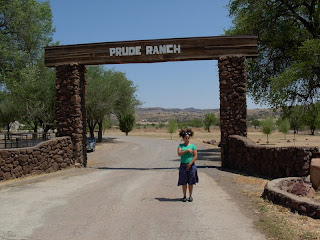 Twitter started giving me fits half way through Days of our Lives today.  So most of my live tweets are Facebook posts.  We finally see shades of the old Nicole when she pretends to be drunk to distract Kristen for Marlena. Victor and Nicole exchange zingers.  Jenn finally doesn't believe any of JJ's lies.  You should follow me on twitter. Here are today's live tweets:

JJ and Rory in a jail cell. Jenn's thinking of letting JJ rot. Justin is her attorney. Nicole tells Victor they need each other. #Days

Marlena tells Eric that Kristen lets him see what she wants him to see. Kristen wants to keep the usb drive as plan B if Brady leaves. #Days

Kayla asks Theresa how much time she spent with JJ. She asks if she was buying pot. Theresa denies it. Theresa leaves. #Days

Fake birthday memories of Jenn, Abby, and JJ. Abby's crying. That dress is not flattering on Jenn. Jenn accepts the deal. #Days

JJ asks about Rory. Rory gets the same deal. Rory tells Jenn there's something she needs to know about JJ. #Days

Stefano asks Kristen why she works with Eric. She tells him he probably won't remember what happened. #Days

Eric tells Marlena that he keeps thinking of the night he got sick. Marlena recommends hypnosis for him. He tells her to stop thinking of Bristen. #Days

Eric calls Nicole and leaves a message for her. Victor asks Nicole doesn't she have someone to electrocute. Nicole calls Marlena, "a sanctimonious prude." #Days

Victor refuses to work with Nicole. She leaves. He calls Marlena. #Days

Rory covers for JJ saying it was his idea for JJ to start dealing. I have no idea why Rory is covering for him. #Days

Rory's mom wants him to shut up. She gets him to leave. Jenn is not buying Rory's story. #Days

Marlena shows up at Victor's. Marlena wants to ask Kristen herself who she slept with. Victor doesn't like her idea. #Days

Marlena tells Victor she could not get past Kristen's password. Victor hands her a flash drive. #Days

Abby reminds Theresa she saw her high before. Abby wants Theresa to confess. Theresa calls her "princess" and threatens her. #Days

Theresa leaves. JJ leaves with Justin. Victor tells Marlena that she can plug in the drive into the phone and download her contents. #Days

Brady goes up to Kristen and Stefano before Kristen was about to say something incriminating with Nicole in earshot. #Days

Brady wants to start pre-cana today. Nicole and Eric are in the rectory. He wants to talk. #Days

JJ and Jenn are back home. Jenn has to make a call. JJ sees the cake Abby made for him. #Days

JJ tells Abby that the cake was always the best part of his birthday. They hug. Theresa is still freaking out. #Days

Kayla gives Theresa her first paycheck. She doesn't seem happy when she sees it. #Days

Abby asks JJ what happened. Abby asks why he did it. He claims he was forced into it. Jenn's not buying it. #Days

Nicole won't talk about the hotel. Marlena is at the Square. She sees Bristen. #Days

Nicole magically shows up behind Marlena. Marlena tells her to "stop talking and listen." #Days

Theresa tells Kayla she can't live on that little amount of money. JJ continues to blame his dealing on Daniel. #Days

Brady asks Eric to start pre-cana today. Eric tells Brady that Marlena isn't happy about it. Eric agrees to do it. #Days

Nicole taunts Kristen that she knows Kristen has a secret. Looks like Marlena had a hard time taking the flash drive out of the phone. #Days

I'm not sure what exactly happened with Marlena and the flash drive.  There's a good chance she's got Kristen's flash drive by accident.

Posted by Divaofdool at 4:16 PM