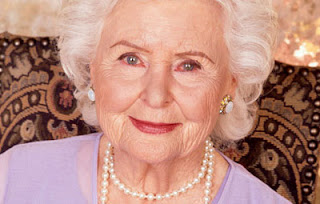 TV Guide's Michael Logan compiled a list of the 60 greatest soap moments.  See if you agree with his list here.  I would have added Marlena appearing on the Salem pier, the Steve and Kayla wedding, Frankie Frame's murder on AW, Eden's rape SB, and the Eden and Cruz wedding on Santa Barbara.

Edit:  I thought of another one, Carrie punching out Sami at the Sami/Austin wedding which became the Carrie/Austin wedding where everyone found out that Lucas was Will's father. Epic!
Posted by Divaofdool at 10:00 AM