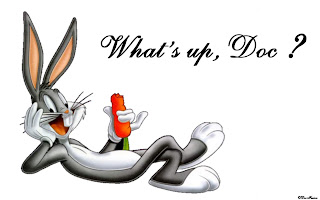 Due to a resetting router and a thunderstorm, today's Days of our Lives tweets are not tweets, but actually a word document since I couldn't friggin get online today.  Follow me on twitter now that my router is working.


Adrienne tries to talk Justin out of representing Sami due to a conflict of interest.  He says she’s the one tearing the family apart.

Sami  is with the baby and Wilson.  Wilson tell her not to tell the whole truth.

Daniel asks Anne what the charges are against JJ.  Anne asks, “What’s up Doc?”  Daniel threatens her not to tell anyone about JJ.  He asks if that’s clear.

Abe talks to JJ and Jenn about his arrest.  Jenn asks why he didn’t tell her about the shoplifting.

Dan threatens Anne with a board censure.  She tells him he can’t save JJ from his downward spiral.   Abby asks Dan where Jenn is.  She asks what JJ did now.

Justin tells Adrienne that she’s driving Sonny away with her obsession with Sami and Will.  She tears up when Justin mentions how they fought to be together.  He leaves.

Sami doesn’t know where the razor could be.  Sami doesn’t understand why Chad is keeping it a secret.

EJ tells Chad he knows Stefano is the one behind the hit on Rafe.  Chad asks if Sami knew Bernardi worked for Stefano.  EJ thinks it’s better for Chad if he didn’t know.  EJ says he won’t let Stefano get away with it.

Sami asks if they set a date for the christening.  They want to wait until Eric is better.  Adrienne shows up.

Chad asks if EJ is considering patricide.  EJ says Stefano is slipping.  Justin shows up asks how Chad is doing working so Sonny is free to be with the baby.  EJ tells him that Chad is smarter than he gave him credit for.  EJ asks Justin if today is the day they will take Stefano down.

Abe talked to the store owner, and she agreed not to press charges if the stuff is returned.  Jenn tells Abe she will stop making excuses for JJ.

Abe talks to Daniel and Abby about Jenn.  JJ apologizes to Jenn at home.  He claims it wasn’t his idea.  JJ tries to play the Jack card again as to why he stole.  Jenn stops him.

Justin tells EJ that the DA will charge Sami with murder.  Sami walks in and hears.

Jenn tells JJ Jack would be ashamed of what he did. Jenn sends him to his room and tells him he needs to think about being a man.  She steps outside and cries.

Will tells Adrienne she doesn’t have to apologize because he’s aware of the problems Sonny has been involved in since they have been together.  Adrienne tells Sonny that all she cares about is him.  Adrienne says she knows Sami is innocent because she didn’t even know the man.  Sonny tells her he has never been happier.  He wants her to be happy for him.  Will overhears.

Justin thinks the DA is overreaching with the murder charge.  Justin thinks involuntary manslaughter is more appropriate.  He tells her to tell the truth.

Daniel goes to Jenn.  She thinks he’s there to gloat.  She wants him to leave.

Abby rips into JJ.  JJ watches Dannifer through the window.

EJ tells Sami that everything will be fine.  He tells her not to worry about Stefano.  She wants to visit Caroline.  They agree to meet at the courthouse.  EJ talks to Stefano’s portrait.

Adrienne offers to babysit Arianna.  She leaves.  Will says that Adrienne is right, Sonny is doing things he shouldn’t because of Will.  Will tells him he was eavesdropping.  They hug.

Jenn tells Daniel she can’t take it anymore while sobbing.  They kiss.  JJ is not happy.
JJ says out loud he will use Daniel to get out of this.

EJ makes a call.  He takes the black king from the chess set and sets it on its side.
Posted by Divaofdool at 8:10 PM