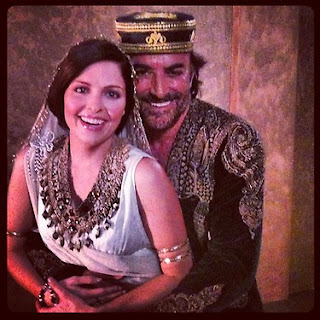 The Diva of DOOL interviews Days of our Lives Emmy nominated actor, Thaao Penghlis on our blogtalkradio show on April 26th at 10 pm est.  Thaao was nominated for a Daytime Emmy for his portrayal of Tony and Andre DiMera.  Thaao has a cameo appearance in the upcoming movie, "A Green Story."  He also plays the lead of Haman in the new movie, "The Book of Esther."   People are still talking about Thaao's role of Victor Cassadine from "General Hospital." Join us to talk to Thaao.  Call in at 914.338.1239 then press 1 or join us in the chat room.
Posted by Divaofdool at 8:47 PM