Michael Muhney from the Young and the Restless tweeted the Lead actor and supporting actor pre-nominations for the Daytime Emmy awards: 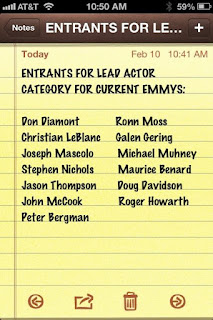 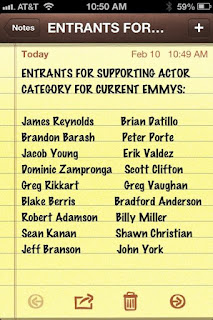 I honestly don't see Galen Gering getting a nomination in Lead.  In Supporting, I can see James Reynolds and Blake Berris having a good chance.  Shawn Christian is a lead, not supporting.  I'm curious what Bryan Dattilo submitted before I make a comment.  I honestly can't think of anything Emmy worthy for Bryan because he's hardly on the show.

Posted by Divaofdool at 7:21 PM