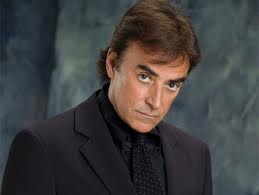 Thaao Penghlis (Tony & Andre DiMera, Days of our Lives) has landed the lead role in a new independent film based on the life of the biblical Queen Esther. He will play the role of the evil Haman, who masterminded a plot to kill all the Jews of ancient Persia. Thaao should be perfect for this role as he is well versed in the history of this part of the world and has superbly played the role of the evil villain Andre for 25 years.