Darkside of The Bay premieres this week! 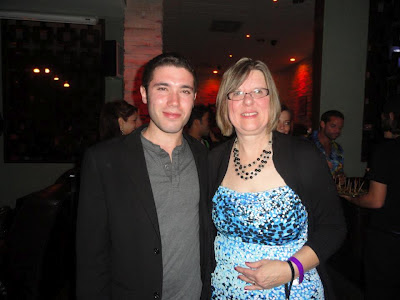 Take heed when DARKSIDE OF THE BAY, the summer special spin-off of the Emmy-nominated THE BAY, premieres Thursday, August 9th at 3:15pm ET / 12:15pm PT. Revolving around THE BAY’s Generation Y, it’s a life or death situation when the younger residents of Bay City dare venture into the wrong side of town. Featuring THE BAY’s KRISTOS ANDREWS (Peter Garrett), JADE HARLOW (Lianna Ramos), MARTHA MADISON (Marly Nelson-Foster), IGNACIO SERRICCHIO (Manny Ramos), TAYLOR STANLEY (Zoey Johnson), and DERRELL WHITT (Will Campbell), DARKSIDE OF THE BAY scorches the screen when Lianna, in her quest for another fix, stumbles into a situation too hot to handle. Will comes to her rescue, putting his own life in jeopardy in the process. As he searches for his missing mother and brother, Peter faces those intent on serving their own brand of justice. Zoey dares to face the unthinkable after summoning Marly and Manny’s help. In the aftermath of all the chaos, Manny attempts to pick up the pieces of Marly’s shattered heart.

Reeking havoc in Bay City’s back alleys are SCOTT BAILEY as the persistent and cold-hearted reporter, Nathan Perkins; BRIAN GASKILL as Chase Walker, the arrogant thug who enjoys his job a bit too much; and TERRI IVENS as the sultry and knife-wielding call girl, Orchid. CELESTE FIANNA returns as Tamara Garrett, a member of the Garrett family who harbors her own dark and seedy secrets. Making his debut in the first act, RIB HILLIS guests stars as a scantly-clad Matthew Johnson who offers Lianna fair warning for what she is about to get herself into. MASSI FURLAN guest stars as Anton, a goon determined to exact deadly revenge on Peter Garrett for a murder he didn’t commit. Tune in on Thursday, Aug. 9th when the first of five installments of DARKSIDE OF THE BAY streams on http://www.thebaytheseries.com


New items including the 'Boys of The Bay' can be found in THE BAY's Cafepress Store here.
Posted by Divaofdool at 1:47 PM