Wednesday's you dropped a bomb on me tweets 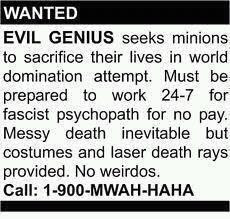 Sami gets paperwork delivered at her apartment for Lumi to look over. #days

Kaman at the Pub. Roman warns Kate about Stefano. #days

Rafe stops Carrie from opening the door of the safe house. #days EJ asks Stefano if it's true about his paternity.

Stefano asks where EJ found the paper. Stefano confirms EJ is not his son. EJ says his entire life has been a big lie. #days

Sami tells Lucas that EJ thought Lumi was reuniting. Sami asks Lucas if he wants to get back together. #days

Kate tells Roman all the dirty details of Stefano kicking her out. Roman is not happy Sami took the job. #days

Roman tells Kate that Stefano had Marlena attacked. Roman tells her he still cares about her. #days #kaman

Bo, Rafe, and John discuss the bomb in the control panel. #days

Lucas wonders if he's a glutton for punishment because he keeps going back to Sami. Yeah, you are Lucas. They kiss. #days

Kate asks if Roman is hitting on her. Kate says Sami is a problem. Roman offers to help her any time. Kate leaves, Roman watches her. #days

Stefano apologizes to EJ for not being able to tell him sooner. EJ wants to know who his father is. #days

Roman talks to Kayla at the Pub. #days Carrie starts freaking out at the cabin.

Kate walks in on Lumi kissing. #days Stefano tells EJ that Susan asked Alice to help him when he was a baby. Alice learned the secret.

Stefano assures EJ that only the 2 of them know the secret. EJ says his siblings are not his. #days

EJ tries to talk Stefano into still being father and son. #days

Kate tells Lumi that she owns the name and logo of Countess W. #days

Stefano refuses to be father/son with EJ. #days

Roman calls the ISA for help. Rafe is confused by the wires. Carrie wants to talk about her feelings. *rolls eyes* #days

Actually I don't think Stefano did raise Tony. Am I the only one who remembers Stefano putting Tony on an island for 20 years? #days

I don't get why EJ is jealous of the Tony/Stefano relationship. Tony never would have inherited Stefano's empire. #days

Out of all those children Stefano created, he's down to Chad. That's pathetic. #days

Lucas tells Kate that he's with Sami in every way. Then he tells her to leave. #days

Roman tells the ISA dude he's going to check on the safe house. #days
Posted by Divaofdool at 4:22 PM