Here are today's live tweets from Days of our Lives 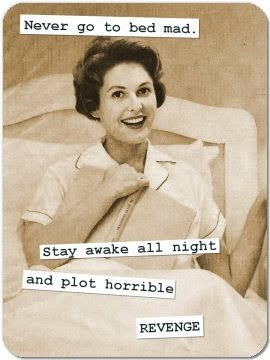 Pics of the undead on the bar at the Pub. Kayla's there with the Deveraux family. #days

If I was one of the undead, I would be so pissed at this cheap ass memorial. #days

Victor shows up at the Pub. Brady decides to work instead of going to the memorial. #days

Billie lets herself into Austin's room. Austin's on the floor half dressed. omg, @MuldoonPatrick is making me cry. @nbcdays

Will shows up at the DiMansion. He asks Stefano why did he kill them. Sami's crying at her place. Lucas is there to comfort her. #days

Sami's upset that she was so mean to Marlena and Carrie, and she can't fix it. Roman & Shane on a bench discussing "the game" of the undead.

Victor apologizes to Kayla. He tells Maggie he's going to avenge the Bope death. Chelanie are there. Chad sticks up for Stefano. #days

Sami says her kids don't know yet, but they were taken to school by Lucas. You think one of their friends wouldn't tell them? #days

Will tells Stefano after all he did for him that he didn't think twice about killing Marlena. EJ overhears and wants to know what Will did.

Austin's dressed. Billie finds a crumpled up pic of Carrie in her wedding dress. Austin's furious with Carrie. #days

EJ and Stefano argue on whose bitch Will is. #days

Austin gets angry that Carrie was hanging around the safe house because of Rafe. Billie tries to talk him out of it. He's pissed. #days

Mark the date. This is clearly your Emmy submission episode. @MuldoonPatrick @nbcdays Brilliant

Stefano tells Will "don't be stupid." That's one of my favorite Stefano-isms. lol #days He wants Will gone.

Stefano's annoyed that EJ is still there. EJ lists Benjy, Tony, Marlena and Lexie as the dead people that Stefano loved. #days

Sami's scared to go to the Pub because she's afraid of being a hypocrite for being there considering how much trouble she caused the dead.

Kayla starts off the wake with an ugly ass skirt. Kayla says she always remembers the laughter. #days

Victor talks about playing with Ciara and laments not being there when Bo was growing up. He gives the Bradys credit for raising him. #days

Austin eulogizes Carrie. He says they were going to work it out despite being married young, and starting a family. #days

Will talks about Marlena knowing about the Chicago Bears and grunge bands. Brady decides to be a Cubs fan to honor John. #days

Sami talks about Marlena, and how her mom always had her arms open for her. #days

EJ takes Stefano outside the wake to see the damage he caused. Maggie comforts Will. #days
Posted by Divaofdool at 4:14 PM