Here are Tuesday's tweets of Days of our Lives. Joe Mascolo was totally killing it today. 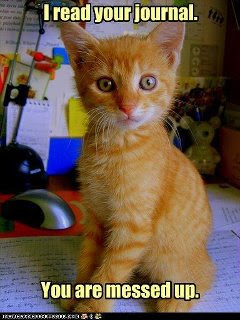 Will starts flipping out when Roman announces in the Pub that they are all dead. Bradison shows up. #days

Kate walks in on a private party at the Square. Ian is throwing it for Kate. She's having flashbacks of Stefano dumping her ass there.

Jack and Jenn engage in PDA at the Square. Abby sees them, and tells them something terrible happened. #days

Stefano has a flashback of being at his father's bed side about the egg. #days

EJ asks Stefano what he's done. Gabi goes to the Pub, joined by Nicole where they hear that Rafe is dead. #days

Will comforts Gabi. Austin's in denial. Roman comforts Sami who blames him for their deaths. #days

Stefano asks what he has done. EJ tells them the 6 dead. Stefano thinks EJ is lying. #days

Shane tries to talk sense into Sami. Will starts bashing Sami for blaming Roman for the deaths of people she hated. #days

Chelanie in bed at his place. Kate talks to Ian about Stefano. She's afraid of retribution. #days

Abby tells J&J that Maggie called her and told her that Bope were inside the safe house that blew up. Jenn doesn't believe her. #days

Stefano says to EJ that he didn't mean for the explosion to happen. #days

Austin tells Will that the deaths isn't about him, and that Carrie and Sami loved each other. #days

Billie seems calm about Bo being dead. Austin asks Roman why Cafe was there. Brady said it was cold blooded murder. #days

Ian gives Kate a bracelet. She can't accept it, she's received so much from him already. Kate is still hung up on Stefano. #days

EJ didn't like Katherine very much? Could have fooled me when he screwed her brains out when he first came to town. #days

Gabi knew Rafe was the father of Nicole's baby? I must have missed that eppy. Sami tells Gabi how amazing Rafe was. #days

Will doesn't get why Sami hates Marlena so much. Lucas tells him that Sami is just mad at her, and didn't hate her. #days

Billie asks Shane what is going on. #days

Madison tries to tell Brady not to kill Stefano because it will ruin Bradison. Yeah, let Madison kill him instead. #days

Billie tells Shane that she's going to bring down Stefano. EJ tells Stefano that he knows about the threatening text to John #days

Stefano tells EJ that he is now an outsider, and he doesn't trust him. #days

Ian thinks Kate is suffering from Stockholm Syndrome with her love of Stefano. He declares his love for her. #days

Jen and Jack show up at the Pub and talk to Kayla. Abby tells Austin she's sorry. #days

Stefano tells Ej that you are either in or out of the DiFamily. EJ says it was a collassal waste of his time trying to make Stefano happy.

Roman finds out that EJ is having a press conference. Kate tells Ian that she's getting along with Madison. #days

Kate tells Ian after receiving a text that Stefano has finally lost his mind. Stefano gets a call from the double agent. #days

Chad gets a call from Gabi. She asks for him to come to the Pub. So EJ is going to do a press conference at the Square. #days

The Agent says he's sorry to Stefano for killing the 6. Joe Mascolo just manhandled that guy into a chair. Awesome. #days

Jack tells them to turn on the tv to watch Mayor DiMera. Stefano's watching. EJ vows to avenge the deaths. #days
Posted by Divaofdool at 4:05 PM