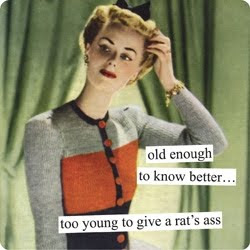 Desdemona aka Kate having flashbacks of Kian sex at the DiMansion. #days

Stefano apologizes to his minion about his temper in regards to Kate cheating on him. #days He will never forgive her.

Ian shows up at the DiMansion. Kate wants him out. She won't leave Stefano. #days

Jope finds half a coin in the egg with code on it. It's probably Hurley's numbers from Lost. lol #days

Sami's unpacking in her new apartment. EJ lays one on her. Oh my. #days

Several seconds later, Sami pulls out of EJ's kiss. And it was a French one. He was testing if they were still attracted to each other.

Sami asks who he's trying to convince that they don't have feelings for each other, her or him? #days

Ejami discuss "grief sex." Sami doesn't want to talk about that night. EJ won't leave until they discuss it. #days

Sonny congratulates Will on coming out. And they discuss "gaydar." lmfao Will needs his advice on his next move. #days

Ejami agree they are toxic together but should try to get along for the kids. "Friends without benefits." #days

Jope decide to create a fake coin to give to Stefano. #days

Little does Jope know, that the half coin is just a smashed penny that you get at any tourist attraction. #days

Stefano tells Kate his trip will be over shortly. Stefano offers to move heaven and earth to make it up to her. #days

Will complains to Sonny about eventually coming out to Lucas. Sonny tells Will he can still have the family he wants. #days

Will says he's not coming out to his mom. #days

Sami loves the apartment, but complains of a leak. EJ the mayor, ex race car driver, plans on fixing the leak. #days

EJami discuss wrenches. lmfao Sami asks if you can hate someone and miss them at the same time. She means Rafe. #days

Stefano tells Kate about the package of Marlena photos. He tells her it was just leverage to use on John. He hangs up, calls her a bitch.

Hope is frustrated that she can't crack the code. John finishes up working on the faux coin. #days

Will complains about Sami. Sonny thinks he should tell his mom. #days

Even Sami knows to turn the valve off first. lol EJ notices she's still wearing her ring. EJ strips off his shirt....

Sami stops EJ from taking off his pants. What is wrong with her? #days

Kate starts flipping out on Ian. She says she hates him for ruining her marriage. #days

Jope hands over the egg to Stefano. #days

Ej tells Sami that Nicole's baby may not be Rafe's. But Sami is upset he's taking responsibility for it. #days

Sami says this is her 5th busted marriage. It's only 5? #days

Ian tells Kate he loves her, not Madison. Kate tells Ian Stefano will kill him. #days

Will thanks Sonny for his support. Will wants to be like Sonny. They hug it out. Sonny really likes the hug. #days

Jope are at the airport. Stefano has them tailed. He wants to know where they are going. He realizes the coin is fake. #days

Will leaves, but gives Sonny a second glance. #days

Ejami agree to be platonic. They shake on it. yeah, like that's going to last. #days EJ's smirking. Sami's perplexed. lol

Ian leaves Kate. Kate's really distraught. Stefano's super pissed. He wants them off the plane. He finds out they are going to Salem.
Posted by Divaofdool at 4:41 PM