Here are Thursday's Days of our Lives tweets. Pretty good eppy with the EJ stuff. 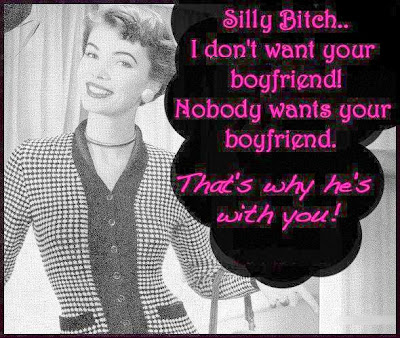 Mel and Chad basking in the afterglow. Dan and Rafe conspire at the Horton Sq. #days

Dan is warning Rafe not to claim EJ's baby as his own. #days

Carrie at the Pub remembering Rafe's kiss and the Ricole baby announcement. #days She grabs her phone.

Rafe doesn't want EJ ruining another kid's life. Rafe gets a call from Carrie, she wants him to meet her at the pub. #days

Nicole calls someone. Billie is at the DiMansion. Billie finds a mystery button that opens up a contraption near the fireplace. #days

EJ spies Billie's snooping at a file. Dan encourages Rafe to go to Carrie and tell the truth. #days

EJ loudly announces his arrival at the Mansion, while Billie covers her tracks. She wants the potholes fixed. lol #days

Rafe shows up at the Pub. He tells her he really cares about her. Carrie doesn't want to hear it. #days

Carrie wants Rafe to forget Cafe. Rafe said he won't forget. Rafe is about to tell the truth when Austin walks in. #days

Austin wants them to move on. Carrie gives Rafe papers to dissolve their partnership. #days

EJ tries to get Billie to leave the mansion. Again she wants Mayor EJ to fix the potholes. lol He checks the secret files. #days

EJ's pissed when he sees what Billie saw. #days

Chad gives Mel a gift. I think it's a hot pink robe. He wants her to keep it there. #days

Rafe signs the papers unwillingly. Austin says it kills him that Safe didn't work it out. Rafe's being a snot. #days

Austin's either unbelievably forgiving or naive as hell. He leaves Carrie at the Pub. #days

Billie calls the ISA to say she hit the jackpot. Nicole shows up at the mansion to find pissed off EJ. #days

EJ tells Nicole he lost his father. Stefano betrayed him. Nicole knew, but wanted to talk to Stefano first. He wants to know how she knew.

Nicole tells EJ that Stefano rigged the election against him. #days

Rafe gives Carrie back her pen. Carrie tries to escape, and he won't let her. #days

Austin and Billie have coffee together. He asks what it is like living in the DiMansion. #days

EJ wants to know why Stefano stabbed him in the back. #days

Austin tells Billie that Abby lied about them having sex. Austin regrets not telling Carrie in the first place. #days

Billie hopes Carrie is devoted to her marriage as Austin. Nope. Carrie lashes out at Rafe for getting Nicole pregnant. #days

EJ tells Nic he brought down John to prove Stefano he can run the company. Stefano sabotaged that too. #days

Austin tells Billie that he can tell that Carrie wants to make their marriage work. Billie's skeptical. #days

Chelanie go for round 2. Nic mentions John's pensioners hurting too. EJ says he was going to pay them back. #days

EJ tells Nicole the pension money he stole went to his offshore account, is now missing. #days
Posted by Divaofdool at 4:23 PM