Here are today's tweets from Days of our Lives 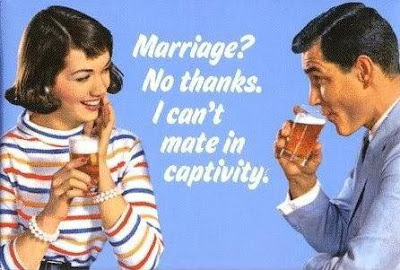 Gabi and Will talk about him being gay. #days Gabi thinks Will being gay is her fault.

Chad gets more groupie treatment including a big kiss at the Sq. Melanie sees it. #days

Madison is mad that she's not getting the cover of a magazine. Brady overhears. Mad declares war on Sami. Brady says she's stuck w him.

Ej is pissed off with Stefano who is smoking a cigar. Stefano says he won't talk business in front of his enemy, Kate. #days

EJ wants to know why Stefano sabotaged him. Stefano says that EJ is not the man he thought he was. #days

Will tells Gabi that she's not the reason that he's gay. Gabi tells a story about another gay guy she was crushing on. #days

EJ says he doesn't recognize Stefano either. Again, Stefano says Kate is dead to him. #days

Mel tells off the skanks. Chad loves women fighting over him. #days Will tells Gabi she needs her gaydar tuned. lol

Mel and Chad go to the coffeehouse that Will and Gabi are already at. Gabi wants Will to help her get Chad. #days

Kate tells Stefano that she always had his back, and the other parts of his body. lol #days

Ian tells Madison he loves her and always will, but he won't keep her in this marriage. #days

I think maybe Kate might be more upset about losing her companies than losing Stefano. #days

Will tries to talk some sense into Gabi. Is there a man shortage in Salem? Move on Gabi. #days

Ian and Madison are having one of the most civil divorce discussions ever. She hugs him goodbye. #days

EJ wants to know what's in those files. EJ confronts Stefano about the pension money and fixing the mayoral election. #days

Gabi tells Chelanie about the girls all over Chad. Brady's drinking again at the Pub. Mad texts him to meet her in her hotel room. #days

Kate shows up at Madison's office where Ian is. She tells him that Stefano threw her out and took everything, including her clothes. #days

EJ flips out on Stefano. He tells Stefano he wanted to prove he was ready to lead the family. Stefano said he'll never lead the DiFamily.

*yawn* Gabi still going on about wanting Chad to Will. Will talks about how he grew up with Sami acting like Gabi is now. #days

Kate tells Ian that he knows about them, and that Stefano set her up to cheat. Ian tells her she deserves better than Stefano. #days

Kate points out that Stefano treats her like Ian treats Madison. Ian announces his divorce. Ian tells Kate he loves her. Awww #days

Bradison in her hotel room, she announces her divorce. Madison thinks Ian's being nice out of guilt, she doesn't know about Kian sex. #days

Stefano says Chad can lead the family. EJ calls Chad the "male model." EJ wants to know what Stefano is going to say to Sydney and Johnny.

Stefano tells EJ that EJ's failure is not his fault, it's Stefano's for not being careful enough. #days

Kate tells Ian that she's pretty high maintenance. He offers her a job at Titan and clothes. #days

EJ leaves. Stefano takes out a paper, and says to himself with tears in his eyes, that EJ is not his son. #days
Posted by Divaofdool at 4:14 PM