Nice cat fights today. Carrie vs Sami and Marlena vs Kate. Great scenes with Abe and Lexie, and Ejami. Pretty decent episode over all. Here are today's Days of our Lives tweets. I was late today, so the first fifteen minutes did not get tweeted. 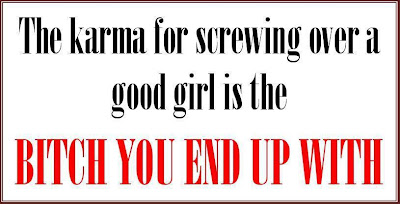 EJ accuses Nicole of embarrassing him pubicly on purpose. Nicole brings up his child stealing, and having hitmen on speed dial. #days lol

Nicole tells EJ she filed for divorce with the papers they both signed months ago. #days

Lexie apologizes to Abe for turning her back on him. Lexie admits her past isn't "blameless." Nice to see them make up. *tears* #days

Kate and Billie get into a tiff at the coffeehouse. Will asks Marlena if she thinks he's gay. She says it doesn't matter. #days

Will asks Marlena how she thinks Lumi is going to react if he's gay. #days Will again denies being gay, and he won't be gay.

Carrie tells Sami Austin never cheated on her. Sami asks what Carrie is going to do with her marriage. Sami has hope in her eyes. #days

Nicole tells EJ she will never reconcile with him. #days

Sami tells Carrie it's not fair that Carrie broke up the Safe marriage and she can still keep Austin. Poor Sami has no one. lol #days

Will says he doesn't want to be gay because he wants a spouse and children. Will can't believe his grandma is his best friend. #days

Nicole tells EJ to have a nice life, then have a lousy life. GTH and then leaves. Sami sees a despondent EJ. #days

Lexie offers to move Abe back home. Billie tells Kate she wants to move into the DiMansion to keep an eye on her. #days

Carrie tells Rafe that Abby lied. Rafe says he's happy for them and hopes they get back together. #days

EJ tells Sami that Nicole and Rafe are sleeping together. He even shrunk down a whole foot to look in her eyes. lol #days

Kate doesn't need Billie watching over her. Billie tells Kate she misses her and wants to spend time with her. Kate buys it. #days

Kate tells Marlena that she knows Will is gay. Marlena starts lecturing her. Kate said she won't give Will the "Will & Grace" dvds. #days

Lexie and Abe in an afterglow moment. She gets a horrendous headache. #days

Sami goes to the Pub and tells Cafe that Rafe slept with Nicole. #days
Posted by Divaofdool at 4:21 PM