Today's show was quite blah. There was some very blunt conversation going on between EJ and Sami. Jope continues to be a colossal waste of time. Ian holds a very awkward dinner party. Gabi asks Will on advice on how to be bad and game the system. Here are the tweets from today's episode of Days of our Lives. 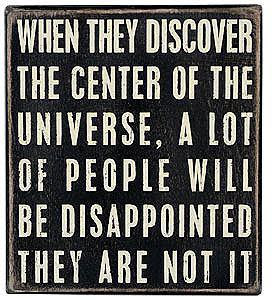 Sami's drinking at the Pub. She tells EJ the kids are upstairs. #days

Kate again tries to get a hold of Stefano on the phone. Jope lamenting their fate in a jail cell. #days

Ian and Madison are going to have a dinner with fashion editors. Brady is one of the guests. #days

Chad gets his first groupie at the coffeehouse. Will and Marlena discuss whether or not he's gay again. #days

Marlena asks Will if he thinks that there's never been a gay DiMera or Brady. Not that we know of. #days

Will bails on Marlena. #days

Marlena and Kate join Ian, Madison and Brady for dinner. That sounds like an awkward dinner. #days

Sami tells EJ that Kate is out to destroy her. #days

Kate introduces Chad and Gabi to important people. Mel's there too. #days

Gabi, Chad, and Mel are back at the coffeehouse already. They see Will. Gabi wants to go out. Chad doesn't. #days

Kayla butts in on Ejami. EJ buys Sami a bottle of wine. He tells her to find the mole, until he realizes it's her. #days

Sami throws Madison under the bus, saying the mole thing was Mad's idea. Kayla tries to get Sami to eat. #days

Sami wants EJ to refer a lawyer. EJ offers himself. Brady asks Marlena if she thinks Mad loves Ian. She doesn't think she does. #days

Mad and Brady are seated together at dinner. Brady keeps hitting the champagne. Ian toasts to "attaining your heart's desire." #days

Chad sets up a romantic dinner for Mel in his apartment. Hope demands proof of life in regards to Bo. #days

John tells Hope that Marlena doesn't seem like she was in mourning so Bo must be ok. Marlena didn't seem upset that John's gone either.

Mel admits to being jealous over Chad's fans. And she's upset that ppl say Chad and Gabi have chemistry. #days

Sami blames EJ for Rafe not being there for her. #days

Brady tells everyone that Madison is a success on her own, without Ian. Madison tells him to shut up. #days

Chad tells Melanie that he's madly in love with her after she complains about how Gabi looks at him. #days

Will tries to get Gabi to admit to her crush on Chad. She questions him on working for EJ. #days

Sami tells EJ about Cafe. He tells her he's waiting for Nicole to file the divorce papers. Sami wonders why they mourn with sex. #days

Gabi tells Will that it might be useful for him to have a woman around. Marlena lectures Brady on his behavior. #days

Sami says the sex was so good with EJ when they thought Johnny was dead. Sami wonders how they messed up their lives. #days

Gabi and Will agree to bend the rules. She wants to know how he scammed EJ into giving him all those goodies. #days

Marlena is surprised that Will decided to go out with Gabi instead of her.Chelanie start to get it on. Until she finds Gabi's earring. #days

Madison shoots down Brady. Ian hits on Kate. She reminds him that he doesn't want her to bring down Madison over the mole thing. #days

Ej offers to help out Sami financially. #days
Posted by Divaofdool at 4:40 PM