Tuesday's "flavor of the month" tweets 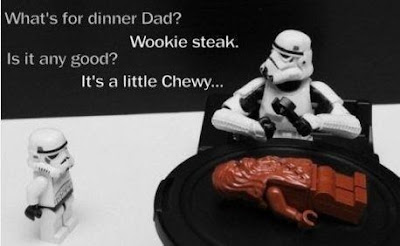 Here are Tuesday's live tweets of Days of our Lives.

EJ summoned Abe and Roman to the DiMansion. #days

We finally get a Will/Lucas scene. Lasted 3 seconds so far. #days

EJ asks about Bo's condition. Abe asks what EJ wants from them. #days

Hope's call gets dropped. Bo is getting the paddle treatment to kick start his heart. #days

Lucas tells Will that Billie is back too. Will asks Lucas why he's back. Lucas is staying at the loft. Will can't believe Sami called him

Kate joins Billie at the hospital. Kate doesn't think Billie should be the one giving Hope Bo's medical news. #days

Kate tells Billie that she still has feelings for Bo. She admits she still cares for him. Billie says it was a long time ago. #days

Jope agree to break into the courthouse to get their passports. #days

EJ offers to help Abe with the possible legal trouble he might be in regarding fixing the election. EJ wants Abe to let go of Lexie. #days

Lucas is disappointed by the Ejami sex bomb. Will says Sami got to him. Lucas announces his engagement. #days

Lexie tells Kate and Billie that despite her efforts, Bo is in stable condition. lol #days

Billie asks Lexie if Bo is going to be ok or not. Jope pack for their courthouse break in. #days

Will quizzes Lucas on his fiance. Lucas says he's worried about Will. Will asks Lucas what Sami told him about Will. #days

Jope get the iron bars off a window or something at the courthouse. #days

I couldn't hear it very well, but it sounds like EJ told Roman he's losing his job. #days

Lucas asks Will to tell him what's going on with him. #days

There's a security system around that window that Jope is trying to break into. zzzzzzzzzzzzz #days

Jope makes it inside the courthouse. Billie texts Chelsea. #days

Kate offers to have Billie over the DiMansion. Billie absolutely refuses. #days

Super cute father/son bond between Lucas and Will. Chandler is just glowing. Lucas asks Will about working for EJ. Lucas wants him to quit.

Will tells Lucas that EJ knows that Will shot him, and that's why he can't quit his job. #days

Jope attempt to break into a file cabinet. #days

Lucas asks Will how EJ found out. Will doesn't know. Will says the job is not bad. He likes it. #days

It's about time one of Kate's returning kids question her about her marriage to Stefano. Billie asks her about it. #days

Kate tells Billie that she and Stefano care about each other and understand each other. Billie says she's happy for her. #days

Lucas tells Will he used to work for Tony, worst mistake of his life. Lucas, you worked for ANDRE not Tony. #days

Abe refuses to give up Lexie. EJ tells Roman if he doesn't talk Abe into giving up Lexie, he'll put him behind bars too. #days

Jope finally gets into the file cabinet, then get busted! #days
Posted by Divaofdool at 4:21 PM