Great episode today. Loved the dialogue. There was even a shout out to Another World today on Days of our Lives. Chad and Gabi's ad was in a magazine called, "Sophisticate" which was a name of a fictional magazine that the Cory's owned on Another World. Here are today's tweets: 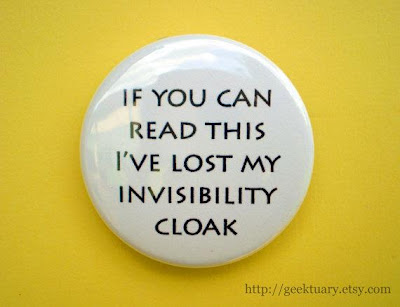 Wow. Chad has a dorm room. Mel and Abby are at the coffee house. Mel assumes Abby told Austin the truth. Abby sets her straight. #days


Austin drinks one beer and switches to water. Austin asks Kayla about Bo at the Pub. Jack shows up. Austin looks guilty as hell. #days

Jack asks to join Austin at his table. Jack asks where Carrie is. Austin tells him Carrie is in love with someone else. #days

EJ says he's lost without Nicole. Kate said Nicole could be replaced with a blow up doll sprayed with cheap perfume. #days

St. Raphael, patron saint of EJ's baby mamas called Daniel to check on Nicole after she passed out. #days

Gabi shows Chad their first ad in a magazine. Abby tells Mel that she's meant to be with Austin. #days

Jack offers to be there for Austin if he needs him. #days

Dan tells Rafe that Nic is dehydrated. Well that's what happens when your entire liquid intake is martinis, then u have to quit drinking.

Abby admits that Austin isn't into her right now. Abby tells Mel not to tell Austin that she never had sex with him. #days

Jack complains that Abby hasn't been herself since she broke up with a guy. Jack wants info from Austin about the guy. #days

"You're a DiMera, and DiMeras don't sulk," says Kate to EJ. EJ wishes he was honest with Nicole. #days

Daniel tells Nicole that she needs someone to stay with her. She's hooked up to an iv. #days

Chad is in shock over the ad. The name of the mag is "Sophisticate." Is that a Kiriakis mag or from Another World? Can't remember. #days

Jack tells Kayla and Austin he's going to write a book about his experience in Afghanistan. Austin has to get published 5 times. #days

Mel talks Abby back into confessing to Austin. Kate tells EJ his kids will spend more time at the DiMansion. #days

Nicole thanks Daniel for treating her again. Nic plans her sleepover with Rafe. lol Nic and Rafe again talk about EJ. #days

Rafe says he still has feelings for Sami, but will not take her back. EJ's concerned that Kate will make things worse. #days

Nicole calls Rafe a "saint." Rafe tells Nic he kissed Carrie before he found out Sami cheated. Nic asks if he's in love w Carrie too.

Mel and Dan at the Horton Sq couch. Kate overhears them and joins in. #days

Nic's in her pj's. She wants to play truth or dare with Rafe. He dares her to go to sleep. She thanks him for helping her. #days

Gabi tells Chad she works so hard so she doesn't have to struggle like her mom does. #days

Abby sees Austin at the Pub. He's looking to escape. lol Abby starts talking to him when Jack walks over. #days

Abby tries to get rid of her dad, Austin wants him to stay. Kayla gets a call that Bo might be waking up. She asks Austin to close. #days

So, they put @MuldoonPatrick in charge of the Brady Pub today? That sounds like trouble. lol

Kate doesn't want Daniel near Billie. Mel calls Chad. He tells her about the ad. #days

EJ accuses Rafe and Nicole of having an affair. EJ calls her a "whore" and a "bitch." Rafe punches him again. #days

Chad plans a date with Mel over the phone. Gabi plants her earring in Chad's bed. #days

Abby leaves w/o talking to Austin. EJ has a new wound on top of the old one. EJ insults Nic on the way out. She throws a glass of water.
Posted by Divaofdool at 5:49 PM