Thursday's "I want to know what love is" tweets

Some of the dialogue today reminded me of the Foreigner song, "I want to know what love is." Sit back and enjoy today's live tweets from Days of our Lives. 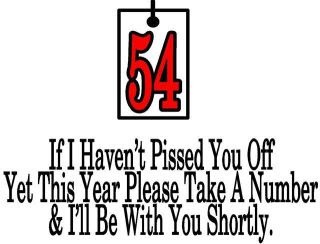 Sonny has his grand opening for his coffee shop. Justin and Adrienne, Magic, Gabi, and Chad are there. #days

Victor is thinking of Bo. Adrienne asks if Bo is ok. Victor isn't happy with Chad being involved with the coffee house. #days

Sonny says he has an anonymous investor. Chad accuses Sonny of taking money from Stefano. #days

Marlena and Brady at the Pub. Marlena asks about Madison. Brady tells about the proposal, and Madison's marriage. #days

Mel and Abby are still at the Horton Sq discussing Austin and Carrie. #days

Carrie tells Rafe she was falling in love with him. Rafe is speechless. Austin overhears. #days

Ian tells Madison that she's a strong, independent business woman. You could have fooled me since he's been pulling her strings since day 1

Melanie again tries to talk sense into Abby to try to get her to tell Austin and Carrie that she lied about having sex with Austin. #days

Austin came to Carrie's office to ask for forgiveness, and he hears her confess her love to Rafe. #days

Everyone jumps down Sonny's throat about possibly taking $ from Stefano. His investor is not Stefano. #days

Ian threatens to put Brady in prison again. Madison tells him to "shut up you son of a bitch." Then Ian threatens her too. #days

Carrie tells Austin she never wanted to hurt him. He leaves. #days

Talking about Bradison is even more boring than Bradison in a scene together. #days

Victor is proud that Sonny told him to "back off" in front of everyone. Now, Sonny is a true independent character, not Madison. #days

Chad complains about Melanie being late to the coffee house. Gabi tells Chad she's proud of him. #days

Abby is still living in Delusionalville. Carrie refuses to go after Austin. #days

Chad and Sonny start bickering. Mel leaves a voice mail for Chad. Gabi listens to it, then deletes it. #days

Brady goes to Madison's office. Love Brady, but I hope he doesn't sing Foreigner songs to her. #days

Rafe tells Carrie that she's not alone with her being in love with him. Her sister loves him too. haha #days

Marlena shows up at the coffee house. Ian shows up. #days

Brady tells Madison what the have is worth fighting for. Madison won't budge. #days

Carrie and Rafe talk about their tru wuv. Mel tells Abby she has to tell Austin. Austin says, "tell me what?" #days

Chad complains about Mel not calling to Gabi #days

Victor throws some zingers at Ian. Victor figures out Ian is Sonny's anonymous investor. Ian is like chicken pox that keeps spreading.

Madison tells Brady to find someone else. Yes please! #days

Rafe drives out of Delusionalville far enough to tell Carrie that they should try to fix their marriages. #days

Abby tells Austin he deserves to know the truth......but not today. Show's over. #days
Posted by Divaofdool at 4:14 PM