Here are today's live tweets from Days of our Lives. Once again, the Jope stuff proves to be total waste of time. 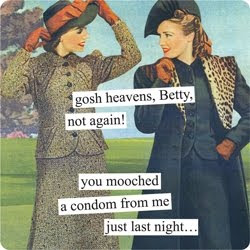 Daniel joins Billie at the Pub. Daniel tells Billie that Kate told him to stay away from Billie. #days

Kate tells Will she knows he's gay. Will plays dumb. Kate tells him she loves him no matter what. #days

Rafe shows up at Nicole's to get his wallet. Nicole picks up that something happened with Sami. #days

Austin asks Carrie if the fact that he never cheated changes things between them or is it too late. #days

Will is looking at Kate like she has two heads. Kate wants to talk in private since Will keeps playing dumb. #days He leaves.

Lucas tells Kate they need to talk. Kate doesn't want to hear it if it's about Sami. #days

Billie tells Daniel she doesn't want coffee, she wants a beer. Her cell rings. It's the Agent who happens to be outside the Pub. #days

Rafe tells Nicole he asked for a divorce. Nic tells him "the more you say it, the better you feel." #days

Carrie is still angry that Abby lied. Austin thinks they have a second chance. #days

Austin asks again for another chance. Hope agrees to work for Stefano #days

Lucas wants Kate to just fire Sami instead of pressing charges against her. Kate isn't happy that Lucas is taking Sami's side. #days

Rafe leaves Nicole's. Marlena runs into Will outside the Horton Sq. Marlena tries to get him to tell her what is bothering him. #days

Daniel says he'll call Billie. Even the Agent doesn't buy that Dan/Billie are friends. He wants her to bring down Stefano. #days

Stefano tells Jope that they stole an Anastasia egg for him, but never gave it to him. He wants the egg. #days

Jope says they have no clue where the egg is. Stefano has a solution for that. #days

Billie tells the agent that she thinks EJ set up John for embezzlement. It was either EJ or Jon Corzine. Take your pick! #days

Will tells Marlena that Lucas and Kate made comments to him. #days

Daniel tells Nicole she seems ok. Nic tells him she has a "hunky support system" to help her with her pregnancy. #days

Austin takes the blame for leading Abby on. He again asks Carrie if they can work it out. Rafe is listening outside the door. #days

Carrie tells Austin that things are different now because her feelings were based on a lie. #days

Austin & Carrie hug. Rafe leaves after hearing Austin wants to work it out. Carrie doesn't know what the future is for them & leaves. #days

The Agent asks Billie to move into the DiMansion to get evidence on EJ. Billie demands hazard pay. lol #days

Kate resists temptation for five seconds before opening up the box for Stefano. She reads that Stefano has Marlena followed. #days

Stefano wants to turn Jope back into Gina and the Pawn. Hope says he's insane. #days

Will tells Marlena that he thinks he might be gay. #days
Posted by Divaofdool at 5:05 PM