Friday's "sleeping with the enemy" tweets

Here are today's tweets from Days of our Lives. 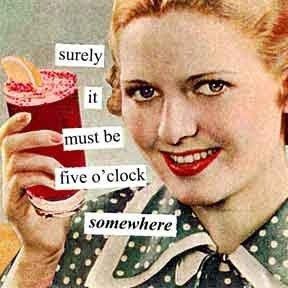 Ian tells Madison he's sorry. Ian is thinking of how happy Madison was at their wedding and honeymoon. He wants to know if she was lying.

Kate tells Sami that Billie is back at Countess W. She gives Sami's desk to Billie. Sami asks if she still has a job there. #days

EJ, Lucas, and Will at the DiMansion. Lucas tells EJ that Will doesn't work for him anymore. Will is getting pressured to quit. #days

Abby asks Austin what he meant by Carrie being with Rafe now. He doesn't want to talk about it, he wants to know what she has to say to him.

Melanie decides to go look for Chad herself, and leaves the pub. #days

Sami tries to get Kate to do her traveling. Kate refuses. #days

Will tells Lucas he likes his job. Lucas wants him to leave with him. Will refuses. #days

Madison tells Ian she was happy back then. She mentions his affairs. Brady made her happy. Ian actually looks sad for her. #days

Kate won't let Sami go home. She wants her to stay at work and find the mole. #days

EJ brings up Will shooting him. Lucas threatens to go to the press with EJ's blackmail. #days

EJ releases Will from the blackmail. Will decides to keep working with EJ. #days

Abby tells Austin she was going to tell Carrie how drunk Austin was that night. Austin's not impressed. He already told Carrie that. #days

Austin can't believe he lost Carrie. Abby throws herself at him again. He tells her to stop right now. #days

Daniel tells Brady it doesn't matter why Madison is with Ian. He tells Brady to get on with his life. #days

Ian tells Madison that she was nothing before him. Ian threatens Brady again. #days

Kate and Billie are going to take Sami's kids out of dinner while making Sami stay at work. #days

Lucas says, "working with EJ is like sleeping with the enemy." Um, that's what Sami does. #days

Will tells Lucas he hasn't been the perfect role model. And Will points out Kate is married to Stefano. #days

Mel tells Chad she called and texted him. Chad realizes his phone was off. Mel and Chad leave together. #days

Austin tells Abby that Rafe and Carrie being together has nothing to do with them getting together. He leaves. #days

Kate tells Billie that Sami is the mole at the Pub. Sami sees a family pic of Safe and the kids. #days

Lucas threatens EJ if he harms Will & leaves. EJ congratulates Will and offers him brandy. EJ knows what Will does when drunk. lol #days
Posted by Divaofdool at 4:11 PM