Here are Wednesday's tweets from Days of our Lives. 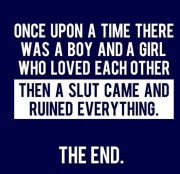 J&M at the penthouse the morning after all the shizz went down.

Carrie finds Rafe asleep at his desk. Carrie tries to sneak out, but he catches her. #days

Austin asks Abby to get dressed. He is in shock about how much he drank. Abby tells him she would do anything for him. #days

Abby confesses to Austin how much she fantasized about him. Austin says he feels bad because they slept together and he doesn't remember.

Bo tells Hope they are a team and nothing will change that. #days

Marlena is not thrilled with the Jope marriage. Marlena wants to go see Stefano and kill him. lol #days

Austin is trying to let Abby down easy. Abby is still delusional that they have a future. #days

Austin still tries to get through to Abby. She gets dressed quickly, says she'll join him for dinner, and leaves. #days

Rafe quits Reed & Hernandez. He tries to give Carrie his key, but she tells him to keep it to gather his stuff later. #days

Carrie is fantasizing about Rafe. She thinks Rafe is coming back to the office, but its Austin, you know, her husband. #days

Austin has something to tell Carrie. #days

Carrie asks Austin wth is wrong with him for him apologizing to her. Austin vows never to turn his back on his marriage again. #days

Bope keeps having sex. Abby goes back to Austin's office, but he's not there. #days

Carrie & Austin hug. Austin's looking very guilty. I wish he would tell her the "truth." Let her deal with being cheated on for a change.

Austin tells Carrie he trusts her to work with Rafe. WTF? Why not have her work with Mike Horton too. #days

Marlena tells John something's bad is going to happen with Sami/Carrie. John gets a call from Bo that he should info soon. #days

Carrie & Austin make up. Bope joins J&M at the Pub. Bo gets a call. #days

Rafe leaves a love letter for Sami. Carrie and Austin agree to go away for the weekend. Austin screens Abby's phone call. #days

So Jope's marriage license was filed in Alamainia. *yawn* #days

Rafe leaves a love letter for Sami. Carrie and Austin agree to go away for the weekend. Austin screens Abby's phone call. #days
Posted by Divaofdool at 4:24 PM