Tuesday's "a liar, a homewrecker, and a slut" tweets 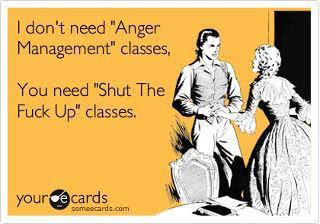 Ejole in bed again. #days Abe got Lexie earrings for Valentine's Day. Jen wants to know if Abe wants to cheat the election.

Austin tickles Carrie awake with a rose. Sami slaps Carrie. It's on! #days

"A liar, a homewrecker, and a slut," that is what Sami calls Carrie, which also applies to Sami. lol #days

Will tells some goon that he will be protected for whatever it is Will has him doing. #days

EJ gives Nicole a gorgeous bouquet. He also gives her a necklace. #days

Lexie walks in on Abe and Jen discussing whether or not to stuff the ballot box. #days

EJ's posing for pics with babies. lol Will was doing Nicole's bidding with the goon. #days

Abby apologizes to Chad for being unfair to him after they broke up. Then Abby leaves. #days

Austin looks scared to death after seeing Abby outside the Pub. She tries to leave, he wants to talk. #days

Man, Sami is pissed! She has Carrie pinned up against a wall. #days

Abby tells Austin she saw him kissing Carrie. He says they are working on their marriage. #days

Abby tells Austin that their night together was the best night of her life. If that's true, that's so sad. lol #days

Marlena asks John if he remembers being with Hope. Marlena wants him to resolve his feelings for Hope. #days

Will tells EJ that he told Sami that he saw EJami sex. #days

Austin tries to let Abby down easy, she tells him he makes her happy. #days

Reporter asks Lexie about her hubby and bro running against each other. She talks about Abe's integrity, "no comment" about EJ's. #days

Carrie tells Sami that their competition is in Sami's head. They discuss Austin moving in with Safe recently. #days

Carrie lists Sami's sins against her and Austin. yeah, it's a long list. #days

Abby asks why Austin had sex with her. Yeah, because we all know men never have sex with women they aren't in love with. #days

Abby walk off when Austin can't answer if he loves her. #days

Sami plays the "Mike Horton" card on Carrie, about time someone did! Austin walks in on the feuding sisters. #days

John does not want to discuss his feeling for Hope. Chad and Melanie decide to got on their first date. #days

J&M starts kissing on their couch. Nicole tells someone on the phone that something may cost EJ the election. #days

Abe decides not to stuff the ballot box. #days

Sami tries to tell Austin that Carrie has feelings for Rafe. Austin tells Sami he does not have to explain why he's staying w Carrie to Sami

Sami tells Carrie to tell Austin she has feelings for Rafe. #days
Posted by Divaofdool at 4:25 PM