Wow. Today's episode of Days of our Lives is full of delusional people. Also, there's an odd reconciliation between Jack and Jen. I don't believe her declarations of love. 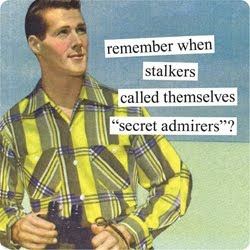 Jen gets phone calls about the accusations against Abe doing ballot tampering. Jack shows up and scares the crap out of her. lol #days

Carrie's doing work at their hotel room for Jope. Austin comes back from a run. #days

Marlena shows up at Sami's loft. Rafe shows up too. Rafe makes a comment that he doesn't live there anymore. #days

Abby shows up at Jen's house. Abby doesn't want to fight with her mom anymore. Jen thinks she turned down the modeling job. #days

Austin tells Carrie he needs her too. He accuses her of avoiding him like the plague. #days

Austin wants to move back to Zurich. Apparently Carrie wasn't into Swiss men. lol She wants to stay in Salem. #days

Funny how Rafe doesn't know when the kids go to school. Rafe offers his help to Marlena over the Jope thing. #days

Jen tries to talk Abby out of modeling. She wants Abby to have the full college experience. #days

Jen says, "nobody asked me to be a model." Jack says, "they should have." lol #days

Maybe the reason why Jen has never been asked to model is because she dresses like a school marm. #days

Austin and Carrie agree to go on a romantic getaway. Carrie looks less than enthusiastic. #days

Sami wants to have it out with Marlena, right here right now. *Diva runs to pop some popcorn.* #days

Rafe is at his office with Carrie when she shows up. He asks her not to go, oh oh oh oh! #ledzeppelin #dyermakr #days

Austin is wearing plaid for no reason. He asks Abby to meet him at his office. #days

It's odd to me that the writers didn't try to reunite J&J while Daniel was gone. He's back soon, and the s/l hasn't progressed any. #days

Carrie immediately starts stripping in front of Rafe. lol Rafe has had more action with Carrie than Austin has. #days

Marlena tells Sami to stop blaming her for her problems. #days

Jenn tells Jack she loves him. Am I the only one who got whiplash when she said that? #days

Austin tells Abby he loves his wife. He offers to get her a new job next semester. Abby calls herself an "easy lay." lol

Why is Austin apologizing to Abby? She took advantage of him when he was drunk and brokenhearted. #days

Sami says she doesn't lie to her children. Marlena says, "really?" Then asks her to look in a mirror and does she like what she sees. #days

Jen tells Jack he's perfect. She wants their family back, and hugs him. He's speechless. So am I. Since when is Jenn into Jack? #days

Jack doesn't want to reunite with Jenn because he's afraid he'll hurt her. Then he kisses her and leaves. #days

Sami's really pushing Marlena to bring up Ejami sex. I can't wait for Marlena to drop that bomb. #days

Carrie offers to have Rafe work at their company in alternating hours. Carrie will work 23 hours a day to avoid being around her hot husband

So Austin doesn't want to work with Abby anymore. Cafe clearly keep wanting to work together....

Austin might as well keep Abby around to have non-existent sex with since his wife isn't putting out to him. #days
Posted by Divaofdool at 4:36 PM