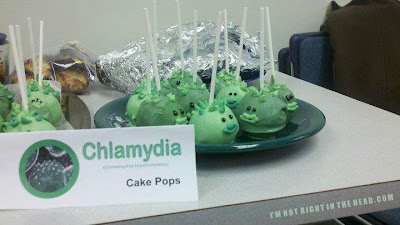 I'm a little late. Daniel is with Nicole at the Horton Sq. #days

Rafe drops the Ejami sex bomb on Carrie. He throws a box in disgust. #days

Carrie says she understands Sami's grief sex. I'm sure she's filing that in her head to use when she cheats on Austin again. #days

Marlena denies dropping the bomb, so does Will. Marlena thinks they can work it out. Sami says Marlena is hurting everyone. #days

Daniel is lending an ear to Nicole and her problems. Nicole passes out in his arms, thus the beginning of "Dickhole" = Nicole & Daniel.

Rafe blames himself for his marriage ending. Carrie puts her hands on his arm, and said it's not his fault. #days

Will defends Marlena. Will points out that Marlena didn't make Sami have sex with EJ. #days

Will wants to leave. Marlena wants him to stay to finish their conversation. Sami tells him not to trust Marlena. #days

Nicole's in a hospital room with Dan. He ran tests on her. Nicole stops him from calling EJ. Nicole doesn't want anyone called. #days

Rafe tells Carrie he shouldn't have told his marital problems to her. Duh. Rafe's finally getting pissed off at what Sami did. #days

Carrie has Rafe leave with her. #days

Marlena tells Sami to stop being self absorbed for once. lol Good luck on that. #days

Will tells Sonny about telling Marlena about kissing a guy. Then Sami came in and made everything about her. #days

awww Will starts crying and says he has no family anymore. #days

Daniel asks Nicole to vent to him. She tells him that EJ made her fall for her, then betrayed her in the worst way. #days

Carrie recounts the Caroline/Victor affair to Rafe. One of the best #days storylines ever.

Funny how Carrie is encouraging Rafe to work things out with Sami, yet she doesn't really try that hard to save her own marriage. #days

Will denies being gay after kissing a guy. Yeah, Sonny can't believe it either. lol #days

Marlena reminds Sami that Will used to live with Carrie and Austin in Switzerland. Wow. Sami has bags under her eyes. #days

Nicole tells Daniel about EJ cheating on her again. Dan thinks she's being too hard on herself. She hates EJ, and starts freaking out.

Marlena won't tell Sami what is up with Will. Sami needs to talk to him herself. #days

Will doesn't know what to do with his feelings or where to start. #Days

Dan offers to call Brady. She says she doesn't need anyone, she's on her own. #days

Rafe asks how Caustin is doing. She tells him about the romantic getaway. #days

Will tells Sonny that his family won't be understanding of him. #days

Marlena tells Sami to put her family back together. Sami disowns Marlena. #days

Carrie asks Rafe if he move past Sami's cheating. He doesn't know. #days

Daniel tells Nicole that she's pregnant. She laughs it off at first, then it hits her. #days
Posted by Divaofdool at 4:18 PM

Email ThisBlogThis!Share to TwitterShare to FacebookShare to Pinterest
Labels: Days of our Lives