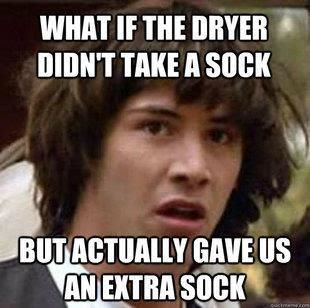 Not a good way to start today's eppy of #days, Bradison in bed again.

John runs into Sami at the Pub. Thank God Sami's hair has returned to normal. #days

Carrie spills coffee all over the office, while Rafe walks in. #days

Austin spent the night at his office on the couch. There's a couch in his office, you know what that means. It'll get broken in. #days

Austin admits to Abby that there are problems in his marriage, Carrie confides in Rafe also. #days

Rafe wants to help explain to Austin about the prince/princess thing with Carrie, Carrie refuses his help. #days

Sami apologizes to John for jumping on him when he asked about how it is going working with Kate. #days

John tells Sami she is a wonderful mother. #days

Carrie is still holding a grudge against Austin for him thinking John was guilty. #days

Austin calls Abby "grasshopper." She has no clue what he is talking about. lol #days

Carrie laments that she and Austin don't spend enough time together. Well, stop canceling dates with him Carrie. #days

Austin says he is alone in his marriage. That's not the first time that's happened, Austin. #days

Brady teasingly asks Madison what else she is hiding from him. #days

Rafe tells Carrie that he doesn't understand what Sami is doing. #days

Abby tells Austin he's a good person. Austin holds her hand and says when she says it he believes it. #days

Sami jumps down John's throat again because he told her to consider quitting her job to spend more time with her kids. #days

Carrie accuses Austin of having a date w Abby. Rafe gets Abby away from Hurricane Carrie. #days

Sami runs into Rafe at the Sq after Abby leaves. #days

Austin tells Princess Miranda that he slept on the couch to stop arguing about the same thing. Don't blame him. #days

Bradison takes a break from sex to meet John at the Pub. #days

John overhears Madison regretting something she did to Sami. John asks Brady what she is talking about. #days

Carrie and Austin make up. He gets down on one knee. Awww. #days

Brady feeds John a line of crap about Sami, he buys it. #days

Madison tells Sami that she told Brady everything. Madison is having second thoughts about taking Kate down. #days
Posted by Divaofdool at 4:19 PM