Here are today's tweets. The Jack stuff makes it worth watching. The rest of the episode was a total bore. You can follow me on twitter here. 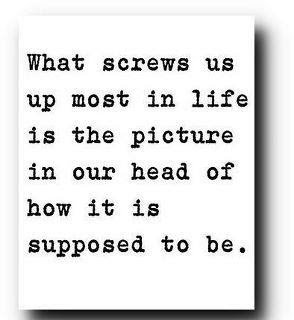 Jack bobs and weaves when Marlena tries to get him to go to a veterans' ptsd meeting. #days

Abby meets with Madison at the Horton Sq. #days

John and Brady are meeting to discuss Basic Black at the penthouse. #days Brady doesn't want to do a fashion magazine.

Madison and Abby go to meet with Quinn. Why? Because it worked so well the first time? #days

Quinn tells Madison "haven't we had this conversation before?" Yes Quinn, yes we heard it before. stfu Madison #days

Madison wants to offer Quinn national exposure. Actually this could be funny if it gets exposed that Madison aligned herself with a pimp.

Jack finally decides to go to the ptsd meeting. #days

Brady and John keep bickering on who is more stubborn. Brady refers to himself as "Brady Brown" when John says his last name is name of co.

Some of the members of the PTSD group are kind of frosty towards to Jack. #days

Jack starts telling his story to the group. #days

Jack discusses how he doesn't feel like he's at home in Salem. #days

Abby tells Melanie about her internship with Mad World. #days

The woman running the PTSD group said she lost her leg and most of her vision. #days #realifeheroes

One of the veterans is on medical retirement due to a blood clot. #days

I see a future love interest with Jack and Pat. #days

I'm getting some comments on the Diva blog that the fans are really enjoying the Jack story today. #days

I don't get why Madison needs her products in a small town spa so badly. Makes no sense. #days

The leader of the group tells of her physical and spiritual accomplishments since her injuries. #days

One of the soldiers tells the story of his friend's death in his arms. #days Total tearjerker. omg

Looks like Quinn is going to align himself with Madison. #days

Jack talks about his cold reception when he arrived back in Salem. #days

Wow. If Matt Ashford doesn't get an emmy nom this year and next, I'm occupying the daytime emmys. #days

Jack can't move on with his life in Salem because part of him is still in the cave. #days

#Days thanks the vets at the end of the episode.
Posted by Divaofdool at 4:15 PM