Monday's "Men go through Chloe like traffic through a tunnel" tweets 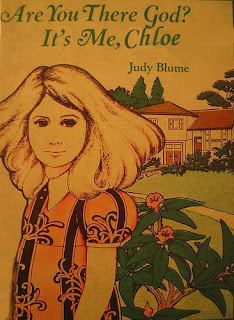 If you love Chloe insults as much as I do, today was the gold standard episode. And yes we are going to campaign to get Lauren Koslow on "Watch What Happens Live" on Bravo to discuss her love of the "Real Housewives" series.

Lexie is at Hope's house. Lexie lashes out at Hope. The kids have been gone over night. Lexie can't believe Hope didn't see this coming.

Ciara and Theo are in an alley. Theo's hungry. Some teenage girl spots them. She calls them "brats." That's not nice.

Melanie did spend the night at the K-Mansion with Brady. Mel vows to move on since Philip left without saying goodbye to her.

Victor finds Chloe at the Pub. He asks where she wants her stuff sent. Maggie says her place.

r2d2 is still with the slut from last night. She's ready for round two. Dario walks in and sees them kissing.

Melanie wonders why she married Philip in the first place. She thinks maybe money had something to do with it.

Alicia says she doesn't do threesomes. #yeahright She gets dressed and leaves after Dario says he's married.

Melanie is upset that Philip never laughed at her jokes. She says her and Philip lacked a connection.

Brady tells Melanie that Chloe got kicked out of the K-Mansion. "Men go through Chloe like traffic through a tunnel." lol Line of the day!

Maggie's not impressed with Victor's insults of Chloe. She tells him he's not in position to judge Chloe.

Abe shows up at Hope's house while Lexie rips her a new one. Abe announces they have a lead.

r2d2 tells Dario that Sami won't find out about the affair. He tells him to never marry. Dario is mad he didn't care about Ari's killer.

Rafe thinks the police are hunting him. r2d2 eats a sandwich while Dario pats himself on the back for finding Ari's killer.

Maggie calls herself a drunk, and wants to help Chloe with her problems. Victor wishes Chloe successfully killed herself.

Victor tells Maggie to kick Chloe out or he won't date her anymore.

Chloe thinks about staying elsewhere. Brady takes half the blame for the end of the Broe marriage. Victor walks in.

Victor asks Melanie how she's doing. Victor apologizes for how Philip treated her. He tells her Maggie took in Chloe.

Melanie: "This sucks." Victor: "Totally." lol about the Magic break up.

Gabi shows up at the Safe apartment. r2d2 asks how she got a key. Dario and Gabi complain about r2d2 in Spanish.

The runaway wants Ciara and Theo to do a favor for her for her to get them food.

Brady wants Victor to not tell Philip that Melanie is living there. Victor agrees. Victor wants to discuss something else with him.

Maggie tells Chloe that she thinks she has a drinking problem. Chloe doesn't seem upset to me about losing her miracle baby.

Melanie sees Chloe at the pier. She's not happy that Chloe is moving in with Maggie.

Ciara and Theo exchange names with Leah the runaway. She gives them so food. Ciara offers Leah her necklace from Hope. She takes it.

r2d2's car breaks down again. He calls Rafe's siblings, "illegal immigrants." lol The real Rafe is running around the woods.

Rafe's footprints are being tracked by the mental hospital staff. Damn, they're good.

Lexie asks for a clue to where the kids are. A cop finds Leah, and finds the necklace. He thinks she's truant.

Leah is caught by a cop for being truant with Ciara's necklace. Maggie tells Melanie that Chloe is staying with her.

Rafe's surrounded. Tamara Braun is on tomorrow. My son said it's weird that EJ wasn't on today. lol Thanks for reading.
Posted by Divaofdool at 4:14 PM