Help get Lauren Koslow on "Watch What Happens Live" on Bravo 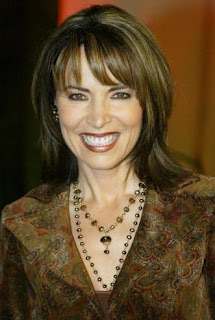 During our interview with Lauren Koslow, she revealed she is a fan of the "Real Housewives" series on Bravo.  I was watching that show last night, when it occurred to me that Lauren would be the perfect guest for the show.  Bravo is a sister network of NBC, so they should be responsive to fans wanting her on the show.  To help get Lauren on the show, tweet to @bravoandy the host of the show.  If anyone has other means to contact Bravo, post in the comments section, and we'll add it to the blog.  I did tweet this idea to Lauren who retweeted it to her fans.  Let's do it!

Posted by Divaofdool at 4:20 PM