What Days of Our Lives can learn from The Bay 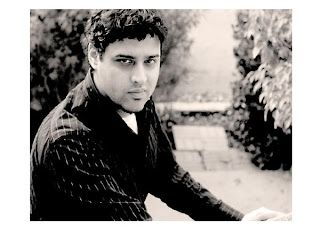 Wow. Where do I start?

1. Fans want to see their favorite A list actors. Is it any surprise that The Bay could find a home on cable tv with their line up? You would think the powers that be would rethinking their not-so-brilliant idea to fire their most popular actors to save money. Mary Beth Evans, Martha Madison, and Matthew Ashford are all three popular ex-DOOL actors that have been fired or treated poorly by the show who are currently on The Bay. Let's not forget the uber-popular Charles Shaughnessy. He has a very thriving prime time career, yet DOOL used him last summer to "pass the torch" from Shane Donovan to Rafe Hernandez as the show's new super spy. Yeah, it did not work. Fans wanted to see a long-anticipated Kim and Shane reunion, but instead got Shane propping Rafe.

2. Fans love cliffhangers! It amazes me that an online show that lasts no more than eight minutes an episode can have a cliffhanger or drop a major secret in every episode. Igor and his bomb, Peter's amnesia, Brian kidnapping Isabella, are all wonderful examples of edge-of-your-seat type writing you get on The Bay. There are no obvious foreshadowing either. Your jaw hangs open every episode in awe. When's the last time DOOL did their Friday cliffhangers? I loved those as a kid.

3. Spoilers ruin the show. The Bay is spoiler-free. What a throwback concept! lol When was the last time Days of Our Lives actually shocked you? I understand the show needs to do some spoilers for press coverage in the soap magazines, but why not be vague? The Bold and the Beautiful hid the fact that they were going to have a character successfully commit suicide. The actors do a good job not revealing too much on Twitter. Then big mouth Ken Corday talks to the mags and gives up a good three months' worth of spoilers. Why? This concept of DOOL being spoiler free, would not cost them a dime to implement. Why not give it a shot? A lot of fans do not watch the show because the spoilers sound awful to them.

4. The Bay uses more locations/sets than DOOL. I am so bored of seeing the same tired sets everyday on DOOL. The Bay with very little money for sets and location scenes, looks fresh and realistic while DOOL looks fake, tired, and old. Some of The Bay's sets/locations do not look that great, for example, the hospital scenes and Marley's apartment, but at least we do not have to look at them every single episode.

5. Every character has their own storyline. Even though Mary Beth Evans' Sara is the main character of the show, every episode does not revolve around her. There are plenty of other story lines that get just as much screen time as Sara's. Balance has always been a problem for DOOL. The same few characters are on all the time for years. Some actors have not been involved in any major storylines in years. Why can't DOOL write a story for the Carvers? Why is almost every storyline now on the show revolving around children?

7. The characters interact in a group setting. Oh! Now that's a major pet peeve of mine. The Bay's first few episodes had a significant amount of characters at the engagement party. DOOL routinely fills up their wedding scenes with extras. This week's EJole wedding has a few close family members, but the vast majority of the wedding guests are extras. Remember the good ole Days when almost the entire cast went to weddings or fancy parties? Every character in the current cast of DOOL has interacted with each other at least once, why not have most of the cast at weddings?

8. Quality acting is important. All the actors on The Bay can act, no doubt. Can you say the same about DOOL? It has been said that the show only wants beautiful people reciting lines without emoting. The producer tells the actors that the fans will "get it" by just hearing the lines being read. DOOL is also notorious for not having the actors rehearse and not allowing more than one take. Fans care about quality acting. To think the fans do not care or do not notice the bad acting is insulting to the fans. DOOL wonders why they do not win Emmys? Bad writing, producing, directing, editing, and acting are five very good reasons why they do not win.

9. The scenes do not last ten seconds. A lot of you know I do live tweets during DOOL. That is hard to do when you do not type that quickly and the scenes last ten seconds each. The scenes on The Bay last for actual minutes for an episode that lasts less than ten minutes. You feel the emotions of the scene before being cut to the next scene. DOOL chops up every scene into little bits that you do not get the full breath of emotion from the scenes. The scenes seem cold and unemotional. Again, the fan is being insulted because DOOL thinks we have limited attention spans, thus the ten second scenes. No, the bad editing does not let us feel what is going on. I have seen scenes recently where Melanie and Nathan met in three different locations in one episode to have one conversation. Really? Wouldn't it be easier to have them stay in one location and have a heart to heart talk instead of chopping up the scenes into different locations and nothing gets said?

I am sure I will have more ideas for DOOL to steal from The Bay. What do you like about The Bay that you wish DOOL would do?
Posted by Divaofdool at 11:19 AM