Thursday's "Why can't we be friends?" tweets 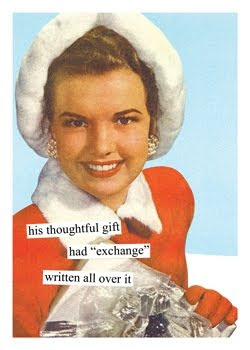 Thursday's episode was remarkably good. There were several "pass the tissues" moments about Johnny. Here's the lowdown:

Will and Gabi k-i-s-s-i-n-g at the nice pier. She tries to stop.

Rafe called Will to tell him to come to the hospital. Sami says she and EJ don't deserve a miracle. Rafe tries to talk sense to her.

NicEJ tells Sami that Johnny is waking up. Lexie tells Rafe that Sami is lucky to have him.

Nicole tells Rafe that Johnny told her that he still liked her but not to marry his daddy.

Sami tells Johnny he needs another surgery. Johnny is breaking my heart. He's scared. awwww This show is so mean!

Bo tells Santana to take off the blindfold. He's not that kinky. lol

Santana wants Bo to tell her where Hope is. Hope is investigating online.

The Butler fills Stefano in on Johnny being at the hospital. Stefano's call to EJ goes to voice mail. Then he calls Lexie.

Lexie tells Stefano that Johnny is going back into surgery. Joe M is breaking my heart! #damnthisshow

Johnny asks EJami if they are going to fight. Great line. Any kid would ask that in his situation. EJami recites Johnny's relatives.

Will brings in Ali. Sami puts her in bed with her twin. Ali said she'll see for Johnny. I'm crying. #thanksalotDOOL

There's a half an hour to go? #passthetissues

Nicole wants to know if Daniel is up to the surgery. Carly butts in. Nicole has a legitimate point. Nicole apologizes.

Daniel tells Carly privately that Nicole had a valid point.

Stefano meets with Dr. Frankenstein at the nice pier. Stefano wants a donor eye for Johnny.

NicEJ thanks Will, tells Will Johnny is lucky to have a brother like him. Will bashes EJ. EJ tells him to be respectful.

Santana threatens Bo and leaves. He's in the brick spot where Rafe was held by Meredith. #bringbackthebrick

Too bad Stefano wasn't into organ donation business back when he wanted Johnny's stem cells in utero. We could have skipped that whole s/l.

Nicole brings Sydney to Sami. Nicole is touched by Sami's reaction to her daughter. Could it be possible that Nicole is growing up?

Stefano mentions he went through the organ transplant personally himself. I'm glad someone at #DOOL remembered that.

Lexie announces to Johnny's family they are ready to get started. Nicole offers Johnny a sundae when it's over. Rafe says comforting words

Daniel tells Carly he can work with her but not be her friend. #whycantwebefriends

EJami comforts Johnny. I lost my electricity temporarily. That's all I saw. Thanks for following along.

Posted by Divaofdool at 4:23 PM