Another movie for Leann Hunley/Jennifer Thomas 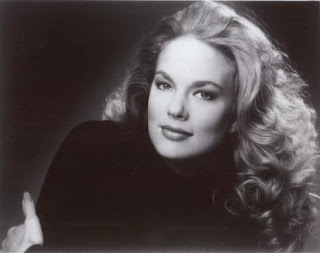 Jennifer Brown Thomas So the big announcement is that I have agreed to do film number 2. And in doing so, I have decided to offer the lead to Leann again. A SECOND LEAD ROLE FOR HER :-) ♥ were all very excited and look forward to a second film and working together again. This is a decision I've just made so nothing has been finalized and no... scripts have been sent but I'm heading that direction. It's beginning progress is on the horizon. Get excited.

Jennifer and Leann discussed their first film together, "Blissful Lies" with us in September. The film will debut this year. You can hear the details of that movie here.

Update: The official "Blissful Lies" website will launch on January 31st with the trailer, promo pics, and behind the scenes clips. The IMDB page is done and is awaiting approval.

Posted by Divaofdool at 2:30 PM