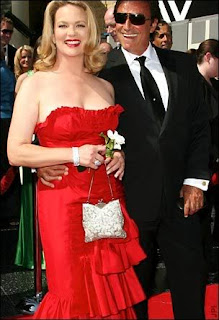 The Diva Of Days Of Lives will have the great pleasure of interviewing Emmy Nominated Thaao Penghlis and Emmy winner Leann Hunley on December 18th, at 7 pm est. Thaao portrayed Tony/Andre DiMera On Days on and off since 1981. He also appeared on the soaps General Hospital and Santa Barbara. Thaao is also known for his role as Nicholas Black on Mission Impossible. He recently won rave reviews this summer as Elliott in the play CLASS in Cape May NJ.

Leann Hunley has portrayed Anna DiMera on Days on and off since 1982. She is also known for her roles as Dana Carrington on Dynasty and Tamara Jacobs on Dawson's Creek. Leann recently finished filming an independent movie called Blissful Lies. She played the lead role of Addison. Come join Thaao and Leann as they help The Diva celebrate Day's 45th Anniversay by discussing their memories of their time on the show. We also be discussing any current projects Thaao or Leann may be involved in. Please feel free to call in with any questions for Thaao and Leann.
Search Amazon.com for thaao penghlis

Posted by Divaofdool at 3:08 PM