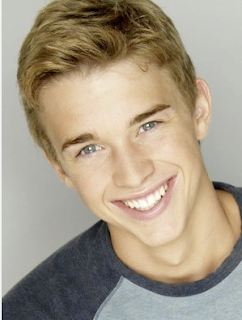 WINNER OF THE WEEK: Will Horton. It was nice to see someone call Sami on her crap. At least, he is not snowballed into thinking she is always the poor put-upon victim. He lived through Austin and Lucas and Brandon and EJ and Rafe, etc.; and he had to put up with all of Sami’s shenanigans over the years and won’t swallow her garbage. Also, it’s much more interesting seeing him in scenes with adults than the others who are his own age.


LOSERS OF THE WEEK: Nathan/Stephanie. I don’t know who I’m more annoyed with in this whole flipflopping for the rest of all time relationship. Nathan -- who seems to be stringing Stephanie along while he’s always glancing at Melanie? Or Stephanie -- who knows what he’s doing but is so desperate that she’s putting up with him anyway? I don’t find Nathan a particularly interesting character. At first, he had a sort of charm, but over the months, has completely lost all of it. Stephanie spends most of her time whining while being on a moral high horse about all the other characters around (Could you imagine her with Rafe? OMG!) Every year could be DAYS’ last; why are they wasting precious time on the likes of this dull couple?

SCENE OF THE WEEK: The chess game between Stefano and EJ. The cat-and-mouse game was good stuff; and at first, classic Stefano. The thing is this scene would have been handled better if it had not been dragged out piecemeal for three episodes. So much of it -- from the reveal that Stefano knew what was up all the way until EJ was caressing the letter opener, preparing to stab Stefano to death -- was just filler. These poor writers really need to watch the old 80s show. You speed up the action scenes and reveals and slow down the romantic stories. They’ve got it all backwards.

PERFORMER OF THE WEEK: Joe Mascolo brought it this week. While I was not thrilled to see Stefano slap the crap out of Anna, I’m glad to see Stefano becoming a bad ass again; and Joe was making the most of it. Even while I have my issues with the way scenes are being written and such, Joe as usual does the best he can with what he has to work with.
Posted by Divaofdool at 8:45 AM