Peter Reckell Statement regarding his leave 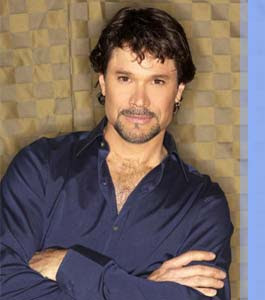 As previously reported, Peter Reckell was going to be on break from DAYS for a month due to payment issues with his contract.  (In short, DAYS doesn't want to pay him any more than they have to!)  Now his leave has been extended to two months.  Peter sent out this statement regarding his leave of absence from the show:

Kelly and I have heard from concerned fans that there seems to be an NBC newsletter circulating stating or implicating that I have asked for time off from the show. Please be aware that this is not true. I am off for a month or so, because I was in danger of going over the limit of episodes listed in my contract. They did not wish to pay me for doing extra shows, so Bo was sent out of town for a month in order for him to remain, I am told, present and center when I return.

However, the show is in negotiations right now with the network, so the deal is pretty simple: if you want Bo around and don't like having him be away, write to the people in charge and let it be known, for that is always useful. What is not useful, however, is trying to sabotage a storyline the writers have planned for us actors... There's apparently another rumor circulating, stating I have said in a recent personal appearance in Canada, that I do not enjoy working with Crystal Chappel (Carly). That is not – I repeat NOT – true.

I have never said that and this was probably just made up by people who are not happy about the Bo and Carly story. Again, if you favor one pairing more than the other, please write to the show in masses and let your opinions about the storylines known. That is the way to do it. Starting fake rumours about me is not. I much enjoy working with both Kristian and Crystal and besides, actors have no say in what the writers have planned for their characters.

So whether you like the story or not, the important thing is to keep writing to the show, because interest in the story – whether it is positive or negative – is what will insure we stay on-screen in the end. Thanks for passing this along to others, I appreciate it.
Posted by Divaofdool at 3:15 PM