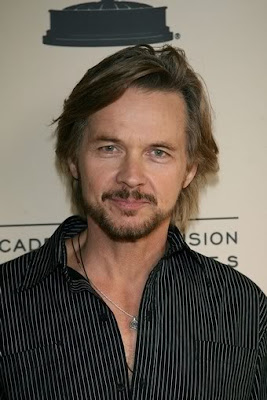 The TV Guide article in entirety is below.

"That was fast. Actor William Russ, who hit The Young and the Restless December 2 as the Donald Trump-esque jillionaire Tucker McCall, has been ousted from the role and replaced by Days of Our Lives great Stephen Nichols (Patch). Nichols was due to begin taping December 17 and will appear on air January 27. The Y&R execs have kept their statements brief. Co-exec producer/head writer Maria Arena Bell says: “William Russ is a talented actor and we enjoyed working with him. However, we decided to take the character in another direction.” Adds co-exec producer Paul Rauch: “[Russ] did a wonderful job while he was here.”

Why the switch? Here’s my thought: Russ, known for his recurring roles on Boston Legal and The Ex List, has been giving a performance that seems strong enough, but it may be that the soap needed more superstar luster because Tucker will eventually be revealed to have a shocking (and we do mean shocking!) connection to a major (and we do mean major!) denizen of Genoa City. Check back here soon for an exclusive interview with Nichols."

I've been keeping up with Y&R since this last summer; so I'm familiar with this storyline. I think this is a smart move for Y&R. Tucker McCall is supposed to be a power player in Genoa City (more Stefan Cassadine than Steve Johnson, LOL); and William Russ had that part down. But he just didn't have enough IT factor for Jill Abbott to be jumping his bones the first day that she talked to him in NY...and then when she found out he was lying to her about who he really was, she was mad at him for like five seconds before doing him again. I can see Stephen Nichols inspiring such mindless panty-dropping, but not William Russ. Russ was a good actor but miscast with how Y&R wants this character to be. I'm also hearing rumors that Tucker will be Katherine Chancellor's son, so they needed a younger actor as well.

That being said, I'm so happy for all the Skorks and Stephen Nichols fans out there, including myself. Y&R usually treats their male actors over 40 pretty decently (i.e., they don't drag them out of the mothballs every holiday season and backburner them the rest of the year a la DAYS). Tucker is already an established character, so Stephen will get some good hardcore scenes right away without any warm-up act. And all the ladies in Genoa City are popping their corks tonight! WOO HOO!!!