Some scoops from Thaao and Leann's chat 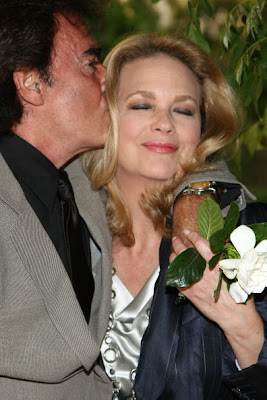 Thaao's show "Emissary" got picked up. More details to follow in a few weeks. He also hinted that he may be on prime time soon. Leann enjoyed her time on Law & Order. John DeLancie, ex-Eugene Bradford, wants to do a project with them. Joe Mascolo called Thaao this morning to "scream about DOOL." Thaao mentioned that his book and his show (The Diva is assuming his travel show) will be out at the same time.

Leann mentioned how Quinn Redeker (Alex Marshall) would learn his lines at the last minute and improvise. He called Anna "saddleshoes" when it wasn't in the script.

They both seemed interested in All My Children moving to LA in December. Anyone else have more info from the chat?
Posted by Divaofdool at 10:29 PM