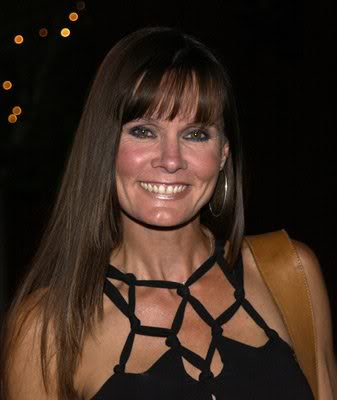 I particularly like her response to the question below. The lady knows what she's talking about! Maybe Ken Corday should take a cue from her.

SOS: ATWT seems to be utilizing their veteran actors more and more. As a veteran of the industry, do you feel it's important for soaps to embrace their past, rather than shun it? There is such a movement to gain new fans, it's the long time fans who don't seem to matter to the networks.

LH: The feedback I'm getting is we love the people we grew up with; we love the people that made us feel a certain way over the years. And their comments are if they turn on a soap [General Hospital], and they aren't recognizing anyone in say the first 10 minutes, not anybody, they move on. If you want your ratings, you need to have both, like Y&R and ATWT are doing it very well too. You cannot have a show that no one recognizes anyone from 10 years ago, it's not well and the ratings speak to that. And not bringing back characters for a week, but for like 6 months. We wanted to grab the young viewers but now I think advertisers now are saying now they do have discretionary income, they are spending money but people 45 and older have a lot more money and will spend it eventually, we better hook them back in. I hope GH can do that. It's the past and it can be the future, they need to intertwine both generations.
Posted by Divaofdool at 4:42 PM