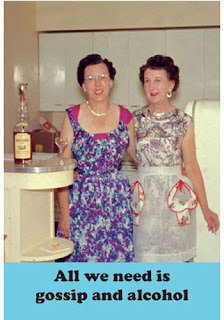 The Diva Spy Network went to some of the DOOL fan events recently. Oh the gossip! lol

James Scott was working on his house putting up a wall and working on the plumbing. His pants had mud and paint on them. He was running late because of having trouble finding his keys to the car and didn't have time to change. He just threw on a sports jacket over the clothes he was working in. That was during the cocktail party. Arianne Zucker totally blew off the event and didn't bother going.

Oh, Lisa Rinna said Robert Kelker Kelly was the most intense actor she has worked with but didn't mention Peter Reckell at all. A DOOL actor mentioned that Peter and Kristian Alfonso are not getting along again. Peter and Kristian infamously did not get along in the 80s either.

A fan mentioned that Deidre Hall might return. A DOOL actor shot that rumor down.

Gloria Loring (ex-Liz) was there promoting a book she wrote. Lisa Rinna was doing the same thing.

Have any more gossip from the fan events? Post it here!